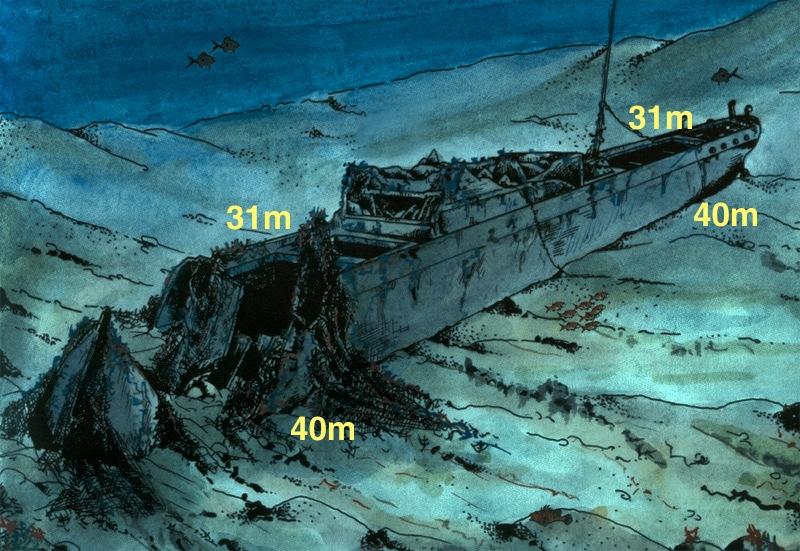 The History And Sinking Of The ‘Varese’ 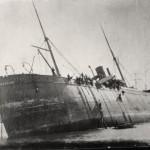 Varese Wreck Diving Istria CroatiaThe merchant steamship “Varese” was built at the Humphrys & Pearson Shipyard in Hull, United Kingdom in 1871 and was owned by Bailey & Leetham Shipping Company. In 1905 the ship has been sold to Filli Orland Shipping from La Spezia, Italy.

On January 18th 1915 the vessel was on its way from Sfax, Tunesia to Venice, Italy when it hit a mine in the North Adriatic. Only one crew member survived the explosion and sinking of the “Varese”, even though two ships came to rescues, but they came too late.

The steamer was caught in an Austrian mine belt that had been placed to protect the main Austro-Hungarian naval port of Pula. This minefield also caused the sinking of the “Baron Gautsch”, the torpedo boat TB 26 and another merchant steamer, the “Josephine”, other smaller vessels also hit the mines and sunk. Many of the ships that hit the mines weren’t war ships. Also, the captains of the “Baron Gautsch” and the “Josephine” knew of the mines but hit them because of neglect or bad judgement.

The “Varese” sunk because it sailed to close to the coast of what is now Croatia when it hit the mine. Italy was not at war with the Austro-Hungarian Empire at the time the “Varese” sunk, but it declared war only months later in May of 1915.

The wreck lies upright on the ground. The bow is broken off by the mine explosion, while the bridge and superstructure are in ruins. Sediments of mud cover the steam engine which is freely accessible and visible from above. The wreck is at present heavily overgrown with sponges, mussels and seaweed. The Wreck is now on a depth of 33-41 meters.

Dive and explore the wreck with the experienced staff of the Diving Center Shark. 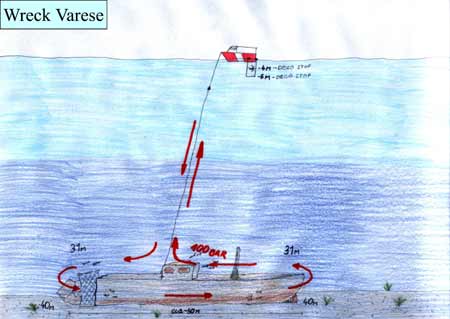